Is private development and operation more efficient? Let’s look at some data….finally

F ollowing my trilogy on Public – Private Partnerships (PPP) on the management model for infrastructures several comments were made as to the issue of whether private development and operation was indeed more efficient that its public counterpart.

We have already shown in the post What are the pros and cons of Public Private Partnerships (PPP)? that PPPs as a construction, development and operation ethos were not the cheapest. The fulcrum of the issue to be analysed, is then, whether or not private operation is more efficient than public.

In order to achieve this, I shall base my post on two pieces of research, as always,aiming to use quantifiable data. If anyone has any more reliable data, I would be delighted to see them, as it would be good for everyone. The two analyses are from the transport sector.

The first one involves light railways and tramway networks in Spain. It is worth remembering that in Europe there are currently 170 tramway networks in operation transporting more than 150 million passengers on a daily basis. Let us look at the research undertaken and the conclusions reached. During the research process an analysis was made of case-studies involving a wide-ranging amount of fieldwork and documental evidence encompassing 22 Spanish cities, which was then contrasted with English, French and Portuguese case-studies. 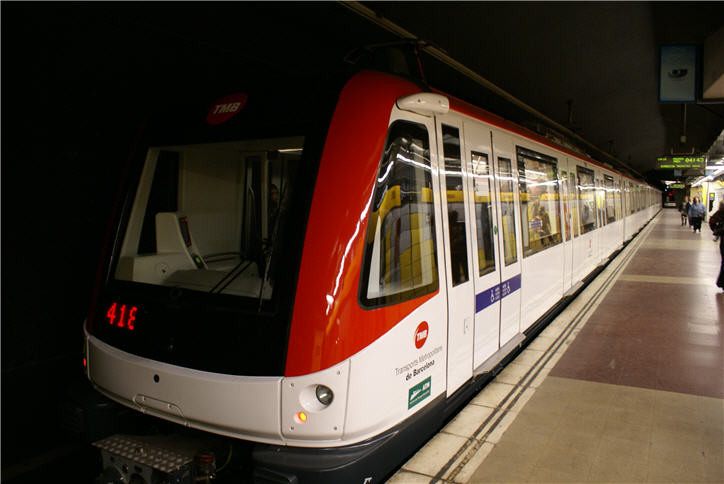 In the initial stage, the case-studies were classified according to their management and financing model and their subsequent monvariant analysis for the different parameters. During this analytical process it was shown that there were no significant differences in the following concepts for the different means of management and financing models (public operated company, BOT Tender or Construction and Development Contract for the infrastructure and service, Operational Tender, and the fourth type which shall be named “Mixed Companies” containing a high-profile public sector partner involved in the capital outlay). These concepts were:

▪   Quality of the services offered

Therefore, it can be said that private sector participation does not lessen investment costs or provide greater standards of quality.These findings were reached by noting that transport offer parameters and the ability to attract demand levels were similar amongst cases operating using public and private sector systems, or were even better in the case of the former.

Next a multivariant analysis was performed, using statistical techniques, clustering the case studies into homogeneous behaviour groups in order to verify their relation with the management and financing model used. The findings drawn from this method are the same; the Private Sector does not provide greater assurances of higher quality services. More information on this topic can be found in my doctoral thesis.

The issue then becomes whether development and operation is actually more efficient, and to do this, we shall look at the second research study:

An analysis of the Operation of Urban Transport Systems in Spain: Public sector operation versus private.

In this case, the development and operation costs per vehicle per kilometre will be compared, a commonplace representative variable for the bid or production rates in the transport sector.

If we calculate the average, the cost per vehicle per kilometre stands at 5.04€. However, the average value in the case of publically run networks is 5.5 whereas in their private counterparts this is only 4.1, significantly lower.

A fundamental variable affecting costs per vehicle per kilometre is the average operating speed at which they travel, also referred to as commercial speed. This often depends on congestion levels, urban density, the quality of the road network, as well as the availability of a bus lane. In the following graph we can see the proportion of reserved lanes for the abovementioned case studies: 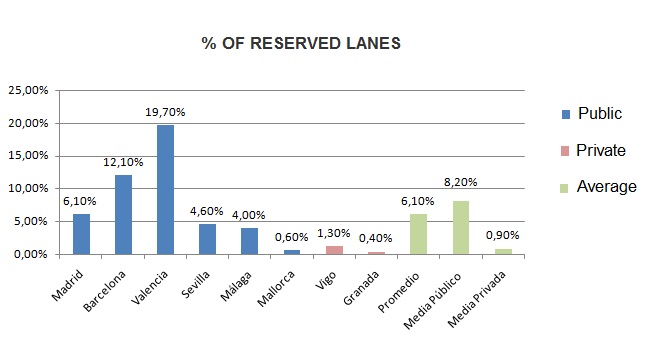 What can be concluded from these figures is that the publically run models are more expensive, between 5-6 euros per vehicle per kilometre (compared to 3.5-4.5 in the case of privately run models) despite having more bus lanes (which leads to a faster commercial speed). This is in agreement with what I wrote about in my post entitled: What are the pros and cons of Public Private Partnerships (PPP)? Costs can be significantly reduced, possibly due to the fact that political and trade union interference can be avoided, though also because a healthy level of competition is injected into the bidding process, especially in the case of those with shorter durations.

To summarise, put plainly and simply, private operation is preferable as it is more efficient in terms of costs, yet not necessarily in terms of quality. Therefore, if public sector funds are on hand, the best option would be:

▪   A standard construction contract via invitation to bid.

And now over to you: Why are public sector companies still in operation? Will the regional transport networks in major Spanish cities such as Madrid and Seville, amongst others, be privatised? Or do they have other advantages?

Don’t forget, should you not agree with the data contained herein, please feel free to contribute your own.