Working in India: Some experience and advice

Ibegan this post writing on the return train to Delhi from Agra with the idea of sharing some of my life experiences and offer some advice. Furthermore, I would prefer to start at the beginning of this trip, although I will still mention some of my experiences after having spent several years working in this country. 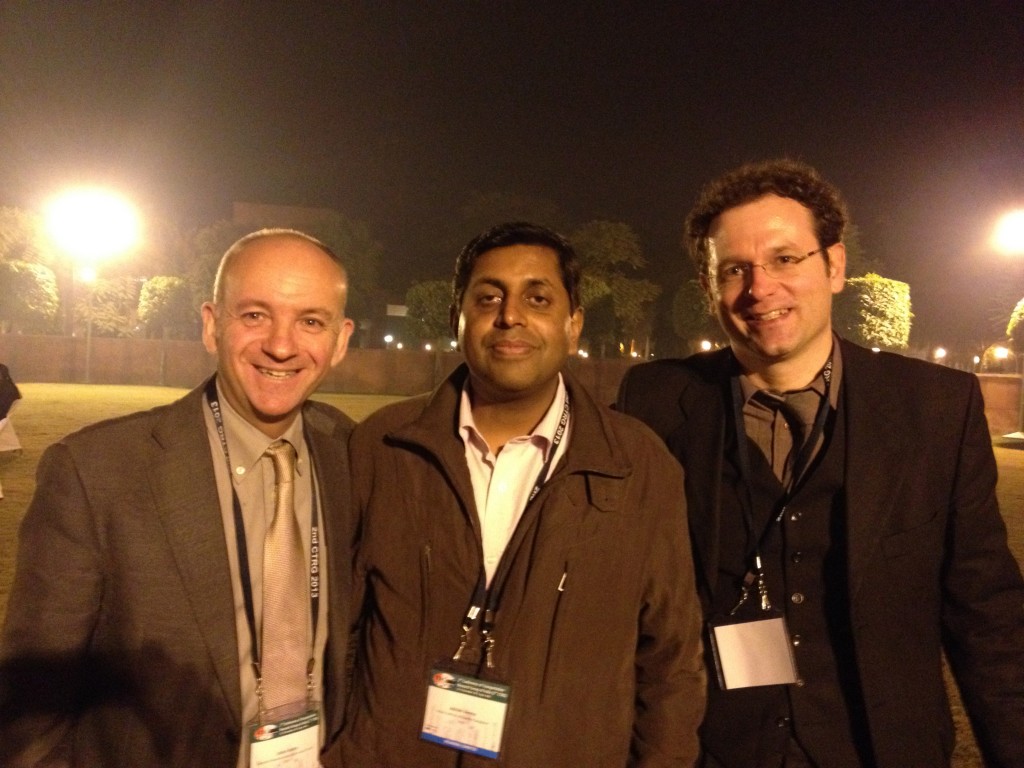 I arrived in Agra on the 11th of December on the back of one of those epic journeys in comparison with what we are used to in Europe. I took the AVE high-speed train from Seville to Madrid on a Tuesday at 08:45, upon arrival in Madrid, I took the regional train to T4 of the Madrid Barajas Airport. From there I boarded an Emirates plane (wonderful airline which I highly recommend) bound for Delhi, with a four-hour stopover in Dubai. From Delhi I drove in a hire-car a local travel agency had booked for me, and took 6 hours to cover the 220 kilometre route, part of which contained what they call toll roads. These highways are little different from ours though here the cows are sacred, and must not be hooted at or run over, here you wait for the cows to pass. Along with stands on each side of the road littered with sellers and other distractions that slow down traffic (putting it nicely).

I was not going to Agra to see theTaj- Mahalas no doubt those readers who do not know me may might be led to believe. I arrived to take part in the Second International Conference of the India Transport Research Group (TRG). I had to give an address on the Economic Impacts of Pedestrianisation and participate in a workshop on sustainable mobility. Between the TRG and Caminos de Hierro Foundation, an institution which I represent in the role of senior researcher, an agreement has been signed and we have an excellent working relationship providing for the continuous flow of an exchange of experts and ideas and make efforts to undertake projects together. As I explain in the lectures I give in conferences and courses on consultancy and internationalisation, a good way of getting a foothold in the markets is through the academic side. You do not seem suspicious as a consultant wanting to sell their products, you acquire experience and make long-lasting ties and friendships with truly qualified people, at least that is how it works in India.

The Congress could not have gone better, excellent organisation, unbeatable venue (Agra’s Hotel Jaypee Palace), the weather was kind to us, and, surprisingly for me, without humidity. All perfect. Nonetheless, now I am going to let you in on some peculiarities that might just give you an idea of the problems one faces when working on India:

Now I shall talk about railway experiences in India (the good ones and less so) and to do so I will return to the trip from Agra to Delhi, where I began to write. I had been sold the ticket under the illusion I would be travelling in the lap of luxury, in first-class. It is an express service which takes a mere two hours to travel from one city to the other, this part is true. They even give you food. However, the trains are nothing like what you will be used to here, it does not even match up to the standard of regional service, let alone high-speed rail. Nonetheless, it is not too bad, and the time passed quickly enough writing this post and talking to a Chinaman who worked in IMAX who was in India on holiday. 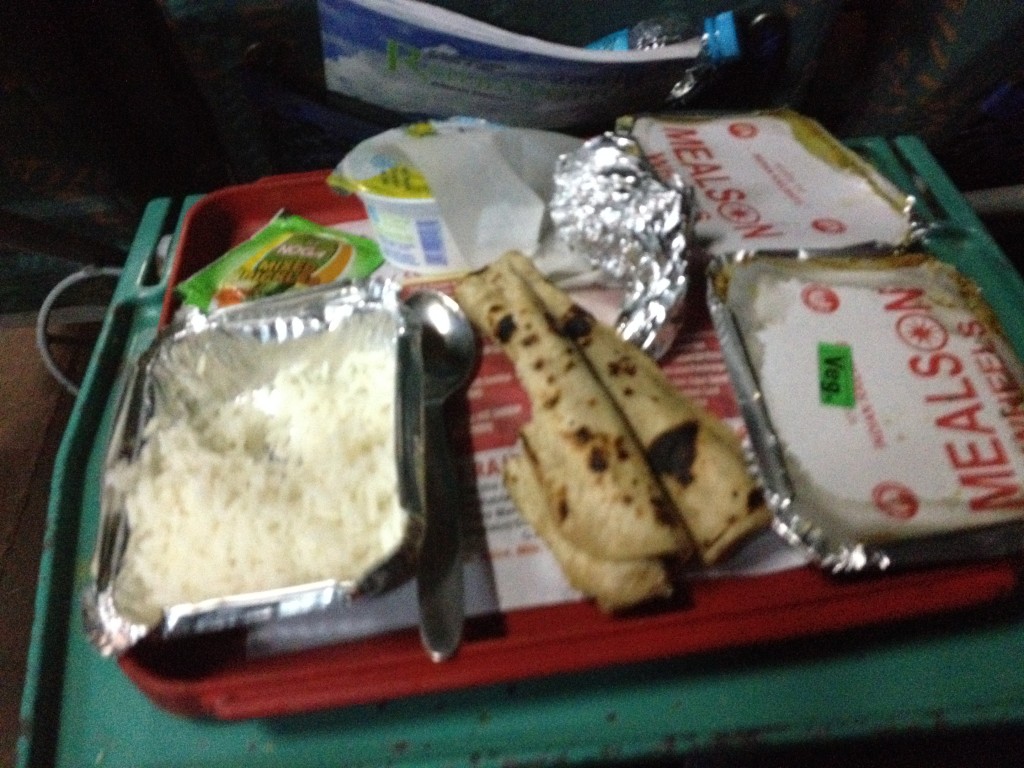 The truth is though, if we compare this with other trains in India, it really does go off the scale in terms of luxury. The most intense experience, which some of you may have already heard, on the Indian railways occurred when “I went to check out the ground on foot” for the project I mentioned before between Calcutta and Haldia. As the crow files between the two cities there is 80 kilometres, on the outbound journey I was accompanied by a Bengali engineer whose accent meant I understood barelyhalf of what he said. As is commonplace over there, they had prepared a vehicle for us and we made the whole journey along toll roads similar to the ones I mentioned on the route to Agra. I asked to do the return trip in the same was as the locals would, he was not enamoured with the idea but when I told him I would go alone, he said he would take me. The 80 kilometre direct route was almost Homeric. 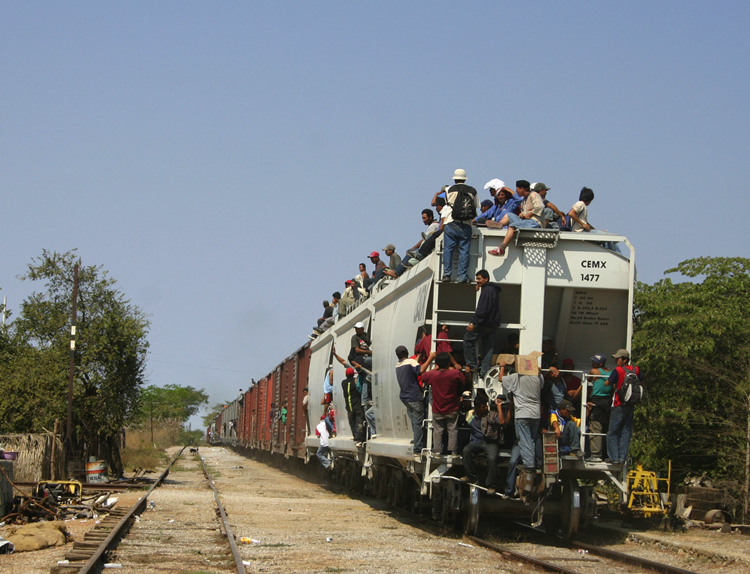 A boat that they call a ferry and we would call a fishing vessel took us across the river, then a young man with a bike took us whilst seated on a board and feeling every turn of the pedals. Finally, a typical Indian train transported us as far as Calcutta. Inside this, watching the huge cockroaches that would not have looked out of place in the film “The Mummy”, I began to comprehend why they prefer to dangle from the train risking life and limb. After 30 rupees, around fifty centimes USD, and four 4 hours later, we arrived in Calcutta.

To end with I will share with you my vision of what it is like to work with partners or collaborators in India, it is unlike in other countries:

If you have an interesting anecdote from your business travels or any recommendations regarding working throughout India, I would love to hear from you.