What are the pros and cons of Public-Private Sector Partnerships (PPPs)?

This is the second part of my trilogy on PPPS, following on from Public-Private Sector Partnerships (PPPs) “Who pays for and who finances our infrastructures?” and in which we are going to talk about the strengths and weaknesses of a PPP.

What are the pros of PPPs?

In 2009 I read my doctoral thesis entitled “New Light Rail Concessions: Public and Private Sector Associations. Comparison of management and financing models”, therein I had compiled some of the advantages that scientific literature had bestowed upon them:

However, it has been used greatly in Spain, in my opinion, for two reasons:

And what is the downside with PPPs?

Well, clearly they are more expensive. This is the most controversial point in this article, every time I explain this in congresses, it either surprises or leads to a heated debate, especially when very few people had actually considered this before the current economic downturn took hold. They are more expensive because you are transferring the financing to the private sector along with the risk associated with the same. Private financing is more expensive than its public counterpart, at least in developed countries. Furthermore, the private sector wants to make a return on its investment, what economists refer to as the internal rate of return (IRR). Though beyond this, the private sector tends to cover its back with a risk coefficient. In short, it is like a mortgage on a house, it is granted, we can take on the project, but then we have to pay it back with high interest rates. This can be shown by the following formula:

ΔFC PPP= Increase of financial costs of a PPP

RC=Risk coefficient, varies with each project

Indeed, we are talking about rates that could oscillate between 10% and 20% annually more than the cost of public financing in terms of equivalent bank interests. That is some mortgage! How can this overrun be justified? Well, when these three circumstances take place. 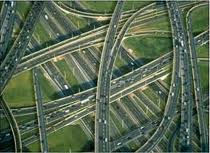 If these scenarios do not occur, perhaps it would be better to wait until there is a public budget capable of handling the project. In short, ideally, whenever it is possible, investment for transport projects should be performed:

There, I have put forward some issues and so now it is over to you. Do you think that the economy could be given a boost with the development of PPPs? What type of projects do you consider paramount?